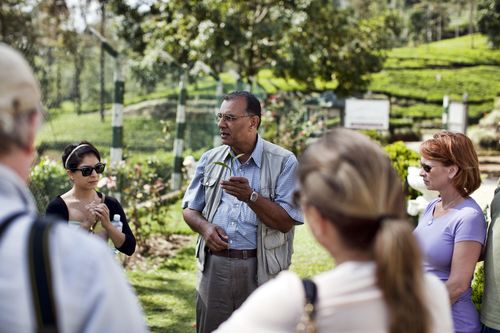 Baily Tea USA Inc was founded as a family business with a simple idea to deliver the finest purest Ceylon tea. We offer a wide range of highest qualityTea from Ceylon to you. With expertise in the fields of 'Herbal Tea', 'Fruit & Flower Tea', 'Flavored Tea' and a mastery of 'Ceylon Black Tea.' We offer our friendship, our services, our expertise and our commitment to you for a mutually beneficial partnership. Baily Tea was established by an experienced team, with decades of experience in growing, sourcing, packing and exporting some of the world finest teas. Our goal is provide 100% pure, Ceylon tea fresh from the verdant hills of Sri Lanka, giving you a unique opportunity to taste one of the world’s oldest teas.

Today, the machine harvested teas that many of us are familiar with, lose quality and flavor because the machines also collect twigs, branches, and other inferior ingredients. At Baily Tea USA inc, our teas individually harvested by hand, ensuring the purest unadulterated tea one can consume. In addition, Sri Lanka's geographical location makes it unique because its tropical climate provides the perfect tea producing environment.

At Baily Tea USA inc, we have the unique ability to pack and ship teas within hours of being processed, ensuring optimum freshness. We are not dealing with any third parties and there are no lengthy distribution channels, therefore our tea maintains its finest form until it gets in your cup!

Our passion is to help you brew ‘the best cup of tea’ in the world. We work hard to ensure that this promise is met at all levels from production to delivery. We are focused on providing high-quality service and customer satisfaction. We are passionate about tea. As a result, a high percentage of our business comes from repeated customers and referrals.

With a variety of offerings to choose from, we wish you a pleasant experience shopping with us. We would welcome the opportunity to earn your trust and deliver you the world's finest, purest Ceylon tea. 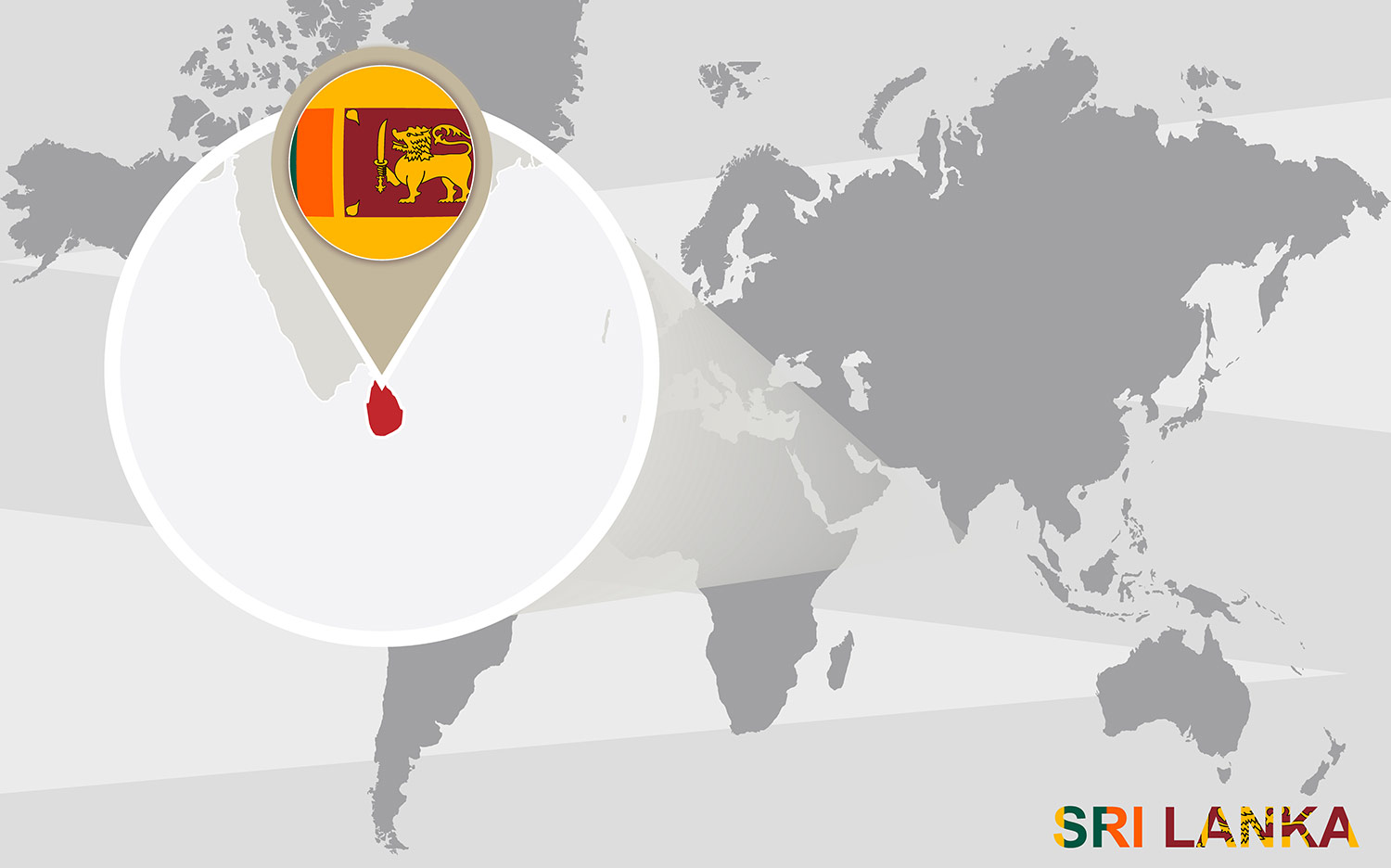 Tea originated in China, as legend has it, 5,000 years ago with Chinese emperor Shen Nung claiming the health benefits of tea in 2737 BC. However it was Ceylon (now Sri Lanka) that made tea famous in the 19th and 20th Centuries.

In 1867, Scottsman James Taylor marked the birth of the tea industry in Ceylon by starting a tea plantation in Loolecondera estate in Kandy in 1867. He began the tea plantation on an estate of just 19 acres. It was here he perfected the technique of fine plucking – `two leaves and a bud.’ Ceylon tea became the front-runner of the industry and was much loved for its unmatched quality and variety.

The alchemy of land, sun and rain in the Paradise Island of Ceylon, as it was known then, presented the ideal climatic conditions for cultivation of tea. Ceylon added a new dimension to tea by producing variations in taste, quality, character and appearance. Ceylon tea with its distinct taste and character became the premiere brand of tea in Europe and America.

However this changed when the Ceylon Tea industry was taken over by multinationals about 40 years ago. Today, almost any brand you buy is a multi-origin blend that is a mix of teas from several countries. 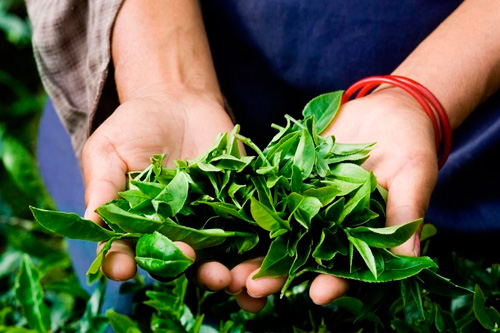 The island consists mostly of flat-to-rolling coastal plains, with mountains rising only in the south-central part. The climate is tropical and warm, due to the moderating effects of ocean winds. Mean temperature ranges from 17 °C (62.6 °F) in the central highlands, where frost may occur for several days in the winter, to a maximum of 33 °C (91.4 °F) in other low-altitude areas. Average yearly temperature ranges from 28 °C (82.4 °F) to nearly 31 °C (87.8 °F). Day and night temperatures may vary by 14 °C (57.2 °F) to 18 °C (64.4 °F). Rainfall pattern is influenced by monsoon winds from the Indian Ocean and Bay of Bengal.

These geographical locations along with the changers of climate give the tea grown in different areas its own distinctive characteristics in appearance, flavor, aroma and strength, based on these, there are three main tea growing regions in Sri Lanka. Therefore, different grades of tea, by nature, come from different locations.

Our tea products are single origin packed in Sri Lanka. Ensuring a consistency from the first to the last cup.

HIGH GROWN Teas that are grown in Uva, Nuwara Eliya, and Dimbula which is probably Sri Lanka's most famous tea growing regions, are known as High Grown teas, these are grown at an elevation above 1,200m. Tea grown in these areas are influenced by the chill winds, dry and cool conditions, these teas are likely to be extraordinarily light, with greenish, grassy tones in honey golden liquors. These high elevation teas are exceptional iced or served with a slice of lemon, lime or orange. Brewed light it makes for a very smooth cup of tea that can also be iced for a refreshing difference. High grown Ceylon Tea contain unique seasonal characters and are widely used in many quality blends particular in West Germany and Japan.

This is what we use at Baily Tea USA inc.

MID GROWN Mid-grown or medium grown teas, located in the district of Kandy, are medium bodied, brisk, and assertive, yet mellow, with a rich flavor, deep golden-brown color and pleasing aroma. These teas are grown at an elevation between 2,000 and 4,000 feet. The thick color provided by the mid grown tea is very popular in Australia, Europe, Japan and North America.

LOW GROWN Low-grown teas, grown around the island's periphery, and found mostly in the southern region, Galle & Rathnapura, Low Grown teas which are teas grown on an elevation between sea level to 2,000 feet. Low-grown teas are subjected to long periods of sunshine, dry and somewhat warm and moist conditions, exhibit burgundy brown liquor and malt, heavy, robust with deep in color and black leaf appearance. Most factories in these areas produced what are known as leafy grade of tea where the tea leaves are well twisted and can grade into long particles.

A low grown tea is not of inferior quality, on the contrary. The teas produced in low grown areas are mainly popular in Western Asia, middle Eastern countries and CIS countries.